Okay, I have been playing around with the new layout options in blog-world and yes, the current result is very pink. Apologies to those who find too much of the colour a bit hard to take, but take heart, I will undoubtedly change it again in the near future.

It took me forever to centre the heading graphic and ended up tweaking the pixel width of the graphic itself to get it to sit about right. Note to Josh Petersen (template designer) you did a great job, much appreciated, but could you please build in an easy way to centre the graphic?
Posted by Ann Russell at 11:08 AM No comments: Links to this post

So, there are two things I need to tell you which are pretty big. Firstly, I have been invited to exhibit in a London Gallery early in 2011, which will be very exciting for an Aussie Girl. It will cost me quite a bit of money, but it is an opportunity too good to let go of. More details as they come to hand.

Also, the painting I posted when I was whining about being in a rut a couple of weeks ago has lifted my spirits by winning first place in the National WetlandCare Art and Photography competition. I painted it for the prize, Wetlands obviously being a subject close to my heart, but I didn't expect to win. So I will probably be going to Canberra, the Nation's capital in Feb to see the exhibition, collect my prize and celebrate World Wetlands Day.
Posted by Ann Russell at 4:48 PM 2 comments: Links to this post

Just got back from one of my favourite places in the world - Caloundra. My hubby and I had a two night stay there to celebrate our 24th wedding anniversary. 24 years! It is hard to comprehend, really. Anyway, we had an idyllic couple of days and I got to try out my new camera - results below. It is a weird time of year - just sneaking in before Christmas, our anniversary is easy to overlook. But 24 years is pretty significant and given everything, we are pretty amazed to have made it this far. 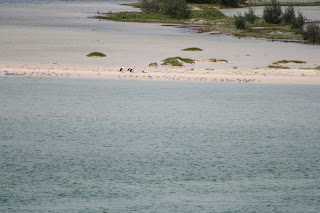 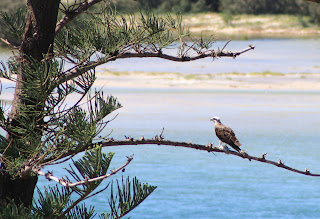 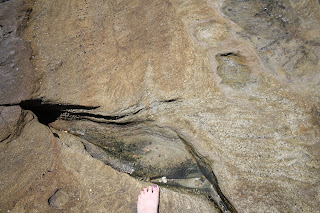 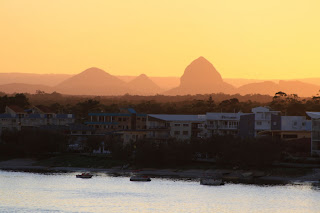 Getting back home today is hard to take. I would love to be back at the seaside, investigating the little worlds in the rock pools (yes, that's my foot) or observing the osprey. My soul felt at peace there but now it is feeling heavy with responsibilities and tasks to perform. Perhaps a rest over the Christmas period will make me feel like I can face 2011 with a little more optimism.
Posted by Ann Russell at 6:19 PM No comments: Links to this post

Well, it is upon us once agian. Christmas. Isn't it difficult to separate the meaning of Christmas from the foil wrapping and tinsel? My journey has led me away from the patriachal Christian Church to an extent, but I still believe in the man - Jesus - because he was clearly an egalitarian. He seemed to favour women and I think the women in his life - his mother Mary and the Magdalene have far more significance than we in western Christianity have ever been allowed to believe.

Anyhoo I could do with a shot in the arm of some kind of Spiritual Energy. Feeling a tad deflated and flat at the moment. Maybe its just end of the year burn out. Maybe its just middle age. Whatever, I hope that the Christmas season proves to be a time of renewal and refreshment for me and for you. Merry Christmas all. 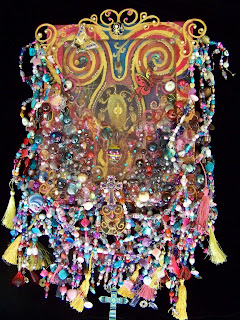 This is my piece, Genesis, a nod to the feminine side of our creation. I am hoping for a Genesis at this Christmas time : a new beginning of creativity, sprituality, hope and happiness. And I wish that for you too.
Have a great Christmas and an even better 2011.
Posted by Ann Russell at 9:30 PM 2 comments: Links to this post

Is it just me, or do all artists get frustrated about the time and energy that 'real' life sucks up? I feel like it is just me lately. Other artists seem to confidently ditch their day jobs and make a living from their art. I am not really in a position to ditch my day job, but it is increasingly encroaching on my time, and more importantly my energy. I have lots of books and advice I can turn to, but what I really want to know is...does anyone else have this problem?

And while I am at it...is there anyone out there? If you drop in please leave a comment - I'd love to feel like there is someone out there. Let me know who you are!

Meanwhile, I recently went back to painting - partly because I miss painting sometimes, it seems easier than all the mixed media 3D stuff and I needed to do something creative while I am in this rut of not seeming to produce anything much worthwhile. So what do you think? Is reverting to an old friend of an artform a backward step or part of the journey? 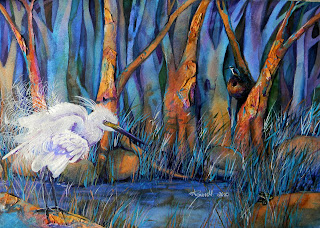 Posted by Ann Russell at 9:47 PM No comments: Links to this post