Been at the Bunya Mountains again, for what has become an annual pilgrimage. We were there for a week which was peaceful and blessed, but woefully short, I have to say. Not even close to being ready to re-enter the fray.

Anyway, lots of wildlife encounters as usual - pics below; including a bandicoot, countless different species of birds and one that I could have done without. I was reclining under a tree, struggling to care about the aesthetic philosophies I was reading, and I heard a noise behind me. Assuming it was a wallaby (which are everywhere all the time) I didn't investigate. When I did turn around it was to discover a pair of amorous brown snakes a few metres away - both of them a metre and a half at least. Fortunately for me, their minds were elsewhere, and I managed to control my urge to flee long enough to get a couple of good photos. On reflection, they are quite beautiful, really. When they had enough of each other, both went to ground. 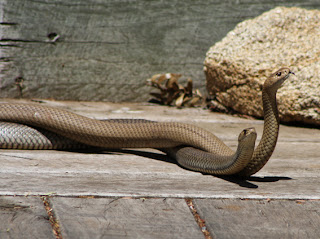 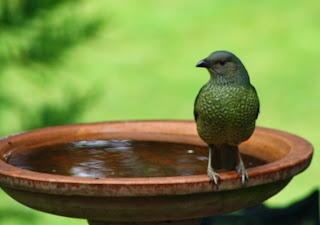 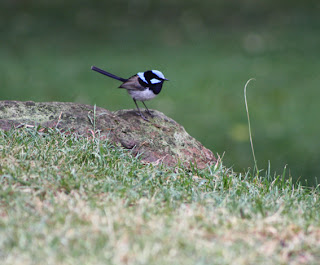 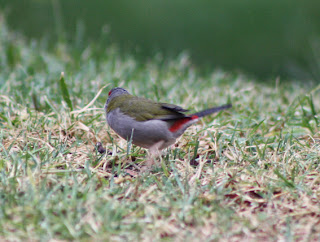 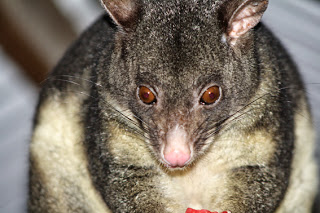 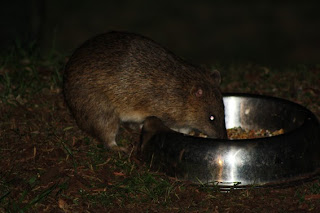 I also got in a spot of painting. Nothing major, but below is something I dabbled with during the week. Now that I am back, it is right back into study and other less desirable tasks, so bird watching is pretty much off the agenda. Oh well. 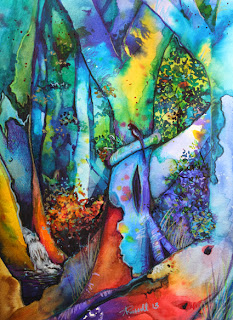 Posted by Ann Russell at 11:36 AM No comments: Links to this post