Been back three weeks now and feels like three months. The last few weeks have been stupidly busy and pretty crap, really. So it is nice to revisit the photos from the Bunyas and here are a couple more. They take me to another 'happy' place, wish I could be there in reality.

How cute is this little emerald dotted frog? 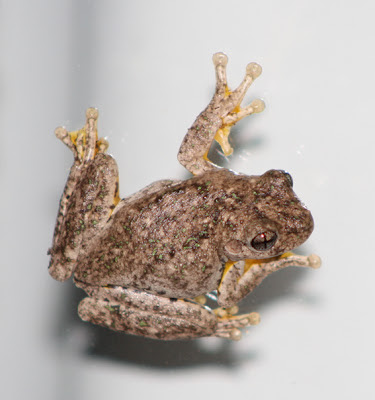 And, half his luck, this is the kind of little mini-Eden he calls home: 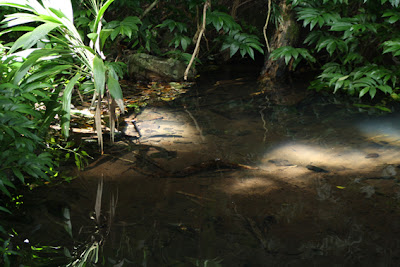 Speaking of which, the following is the digital piece I will be putting in the Moreton Bay Awards this year (opening this month). It is titled 'Self-portrait as Ophelia'. It features a number of Bunya creatures as well as me and the kitty. Even though it is a bit dark (given that Ophelia killed herself), I think it is a lovely peaceful resting place. 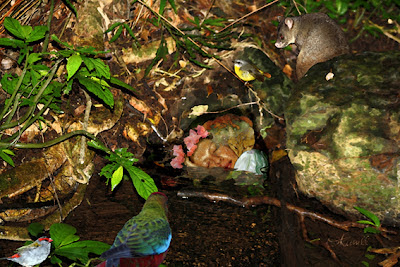 Finally, the following is a watercolour 'doodle' that 'happened' while I was relaxing up there and communing with nature. Heavy sigh. 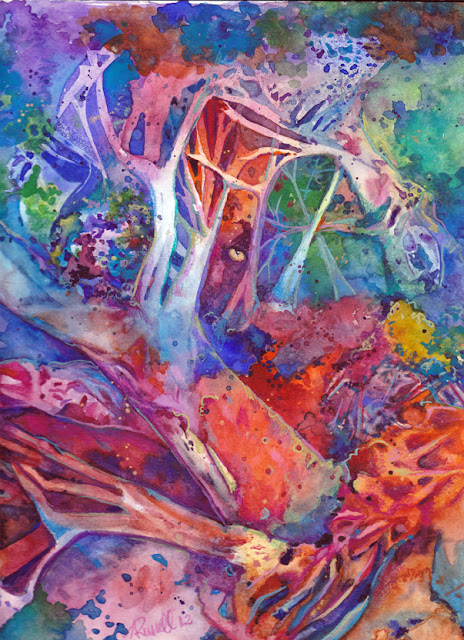 Posted by Ann Russell at 11:06 AM No comments: Links to this post